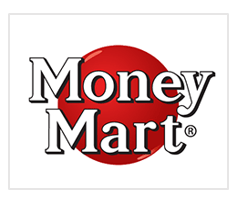 We engaged Litcom to help us assess opportunity areas for improving Money Mart’s IT function. Specifically, Litcom answered critical questions which enabled us to take the right steps toward improving our overall customer service levels by more effectively leveraging technology:

Is the current IT organization effectively aligned to support store operations and key business functions;

Is IT being managed to support customer and core operations;

Are the current IT strategies and processes appropriate and how should they evolve over the next few years;

Are current IT expenditure levels appropriately focused on cost/benefit and what future funding levels should be anticipated over the next few years; and

Are the IT risks acceptable and manageable both now and over the next few years?

“Litcom worked very effectively with our senior business and IT team and the Litcom consultants demonstrated both strategic and deep technical skills – which was critical for us to truly assess our capabilities and to identify the necessary steps to improve our IT performance.”
Larry Taylor
CEO

MONEY MART® began as an entrepreneurial venture in 1982 in Edmonton, Alberta. By 1994, it had over 100 franchised and corporate branches. MONEY MART’s parent company, Dollar Financial Group, Inc., purchased the Canadian company from its founders in 1996. Dollar Financial Group owns and operates the largest international network of retail financial services stores, with over 1,335 locations in Canada, the United States and the United Kingdom. MONEY MART employs more than 2,000 Canadians and has more than 450 branches from coast to coast. The head office is located in Victoria, British Columbia, and is responsible for all North American operations.

LETS WORK TOGETHER TO TRANSFORM YOUR IT.

We use cookies to ensure that we give you the best experience on our website. More Info